Visual identity, retail labeling system and packaging, identities and labeling for affiliated brands, literature for growers, customers and retailers This project started as a label design using an existing logo that the client was satisfied but not thrilled with. We suggested that even a change of font could make a significant difference. After that step, they decided they wanted to open the gates to other directions. We had decided on a logo that featured the forage plants as the icon, which is what makes everything about the farming and the meat so much better for everyone. One of the clients attended a weekend cattle grower’s conference and, during our Monday afternoon call, said, “Why can’t we have a cow in the logo?” John groaned. Then the idea of the forage plants marking the cow like a Holstein, only green, presented itself.

With that mark we created an extensive retail labeling system that grew beyond fresh and frozen meats to include jerkies and snack sticks. We were also asked to develop brand identities and smaller label sets for their Fresh Air Pork and Bluff Country Beef (finished on grain) brands. Literature and promotional collateral for growers, customers and retailers were also produced as part of our collaboration. 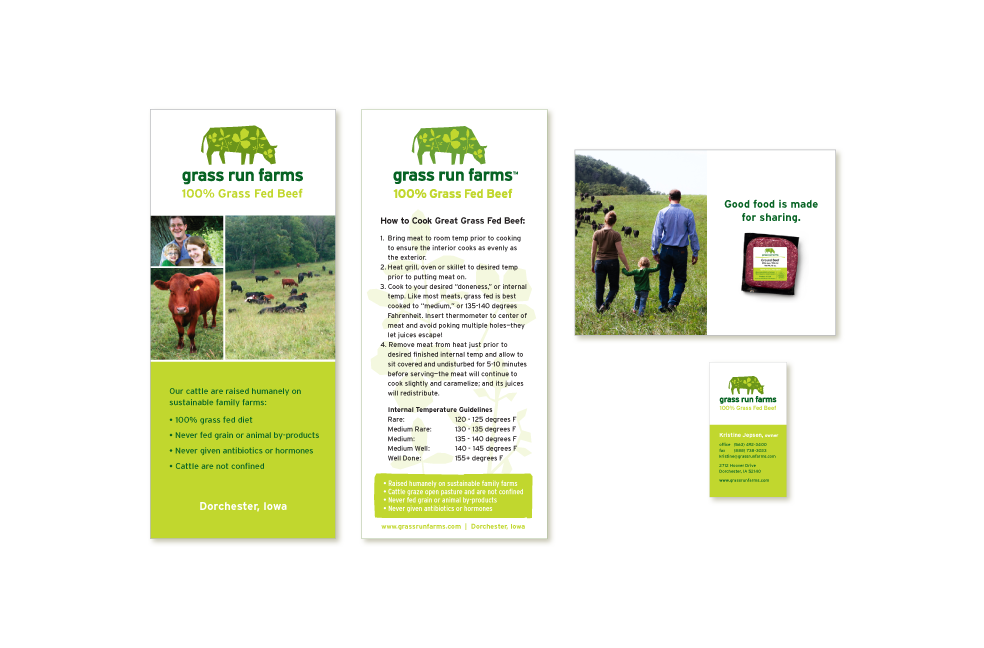 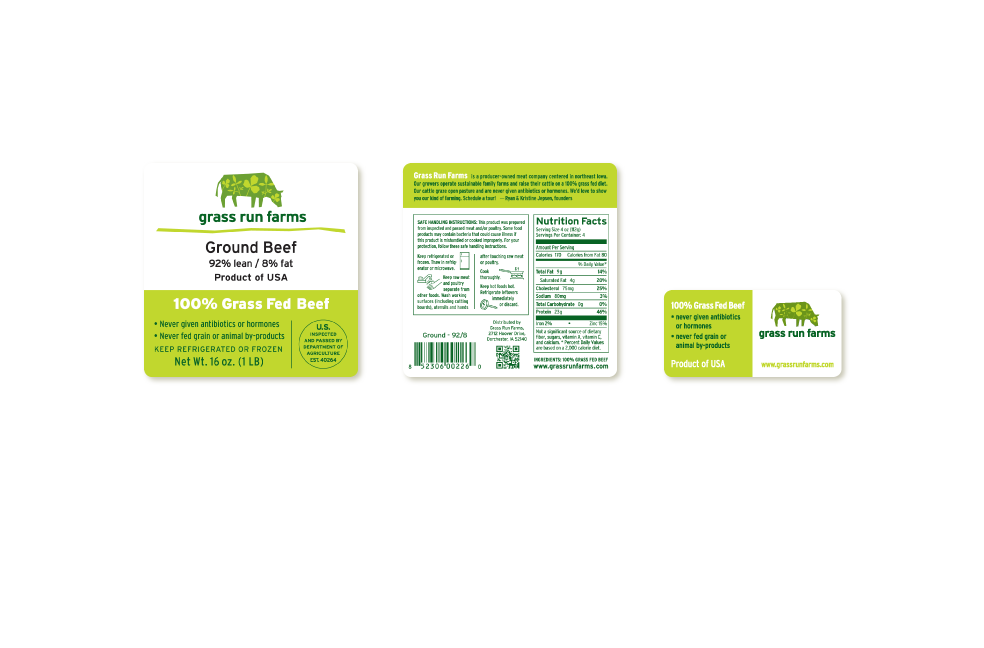